Prague, situated on the Vltava River, is the capital and largest city of the Czech Republic. About 1.3 million people live there.

It has been experiencing an incredible culture boom in recent years. However, it is a city that is much beloved by Sophie who likes sharing her unique tips and insights with her guests. All her recommendations can be found on our printed map, too.

How to Get Around Prague

At Reception, we will be happy to give you directions and to equip you with a special map full of Sophie’s recommendations. You can also download one of the local and reliable applications such as IDOS Timetables (Jízdní řády IDOS) or Moovit. You can buy tickets at Reception, in “tabak” shops or yellow machines at the tram or stops. Before entering the underground (metro), you will need to validate your ticket. For trams or buses, you will validate your ticket using the machine onboard. If you will be in Prague for several days, it is smart to buy a full-day or three-day ticket – this you will validate only the first time you travel on any means of transport.

There are just three lines in the underground: A (green), B (yellow), and C (red), which run only until midnight. Night trams (numbers 51-59) run every half hour until 5:00 am. Your current metro stop is marked with a symbol of the underground.

At Reception, we will also be happy to book a taxi for you so that you can go anywhere in Prague or the surrounding areas by car. You can also book a transfer to the airport or train station yourself via a booking form in the section “services” of the particular hotel. 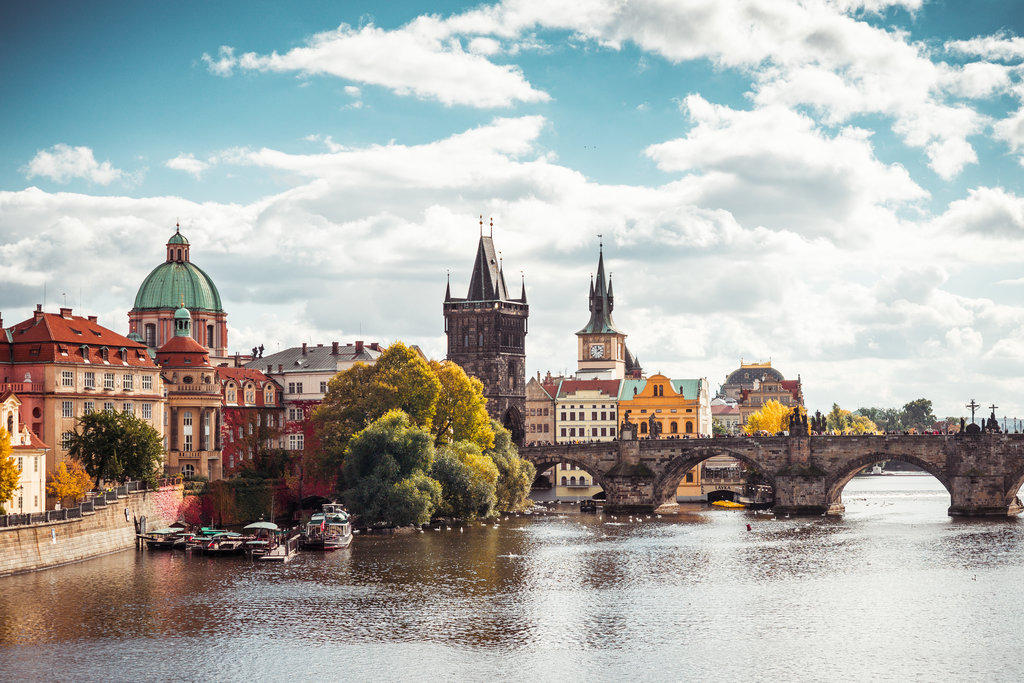 Top 3 for any non-local

If you are in Prague for the first time or want to revisit its most famous sites, mark the following points in your map:

Within this complex of palaces, historical halls, and small houses in the Golden Lane (Zlatá ulička), there is also the seat of the President of the Republic. The dominant feature is the impressive Gothic Cathedral of St. Vitus (Katedrála sv. Víta), founded by St. Wenceslas in the 10th century. You can see his equestrian statue also on Wenceslas Square. Did you know that Prague Castle is the largest castle complex in the world?

This bridge across the Vltava River was originally the only way to cross the water and contributed to the city’s importance as a trade route both east and west. It was completed in 1402 and named after the Roman Emperor, Charles IV, who had it built. Legend has it that raw eggs were used as a part of the mortar. Today, you can meet painters, street vendors, and lots of tourists there. So, head out early in the morning before everyone else arrives.

Old Town Square (Staroměstské náměstí)
The square can be reached through the winding and picturesque streets or the most luxurious shopping street – Pařížská Street (Pařížská ulice). The dominant features are the majestic Church of Our Lady before Týn (Týnský chrám) and St. Nicholas Church (kostel sv. Mikuláše). City Hall, with the famous astronomical clock, attracts the most attention. Every hour, its door opens and all 12 apostles appear. We recommend climbing the city hall tower – the view is worth it! During feast days (Christmas, Easter), there are craft markets and concerts. 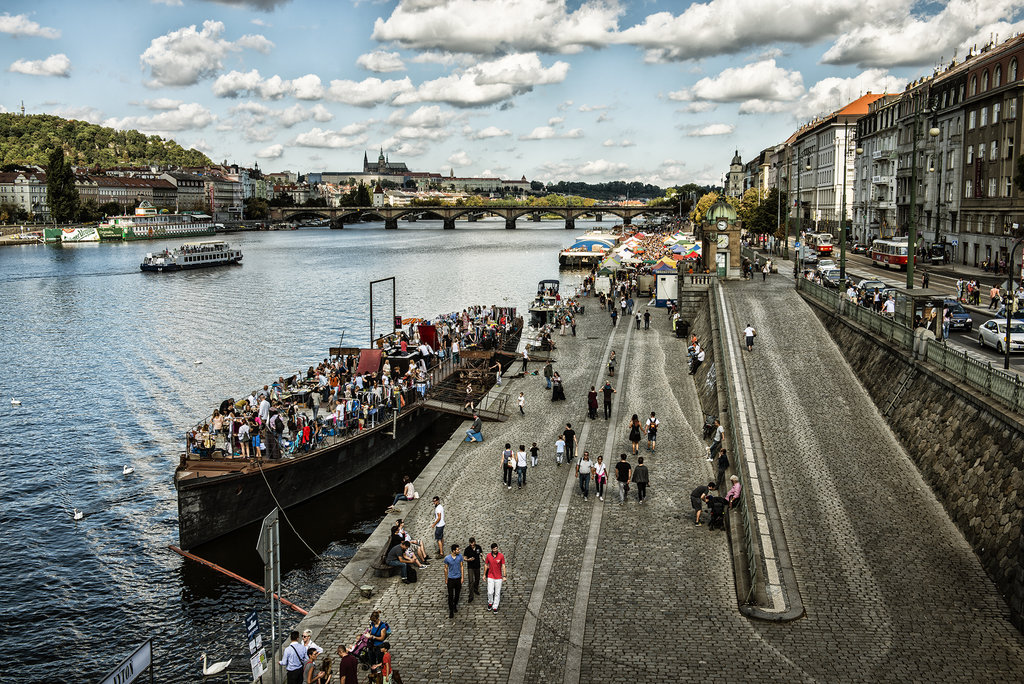 Besides the Prague centre, Sophie likes wandering through residential areas and experiencing the city like a local. Be like her…

This is where the history of Prague began! Legend has it that this place was chosen by Princess Libuše. The seat of the first Slavic monarchs is situated on a rock overlooking the Vltava River. Nowadays, it is a beautiful park where many Instagram hearts are rejoicing. You can relax in a pub on the walls. Simply hop on the underground line C.

It is called “Prague’s living room.” People come here after work just to grab a cold beer, sit by the bistro, or relax onboard the restaurant boat to enjoy time with friends. Every Saturday morning, Sophie visits the farmers’ market where she tastes lots of goodies such as bear garlic pesto, sourdough bread, and fresh cheeses.

Miss Sophie’s hotels and affiliated BOHO hostels (see About Us) are located outside of the tourist centre in Prague’s neighborhoods. They are full of great and non-overpriced cafes, bistros, and restaurants. You can find specific tips on your printed map or online. Prague’s compact size and efficient public transport make most areas reachable within 30 minutes, so do not miss a chance to discover the charm and hidden treasures of its residential areas. 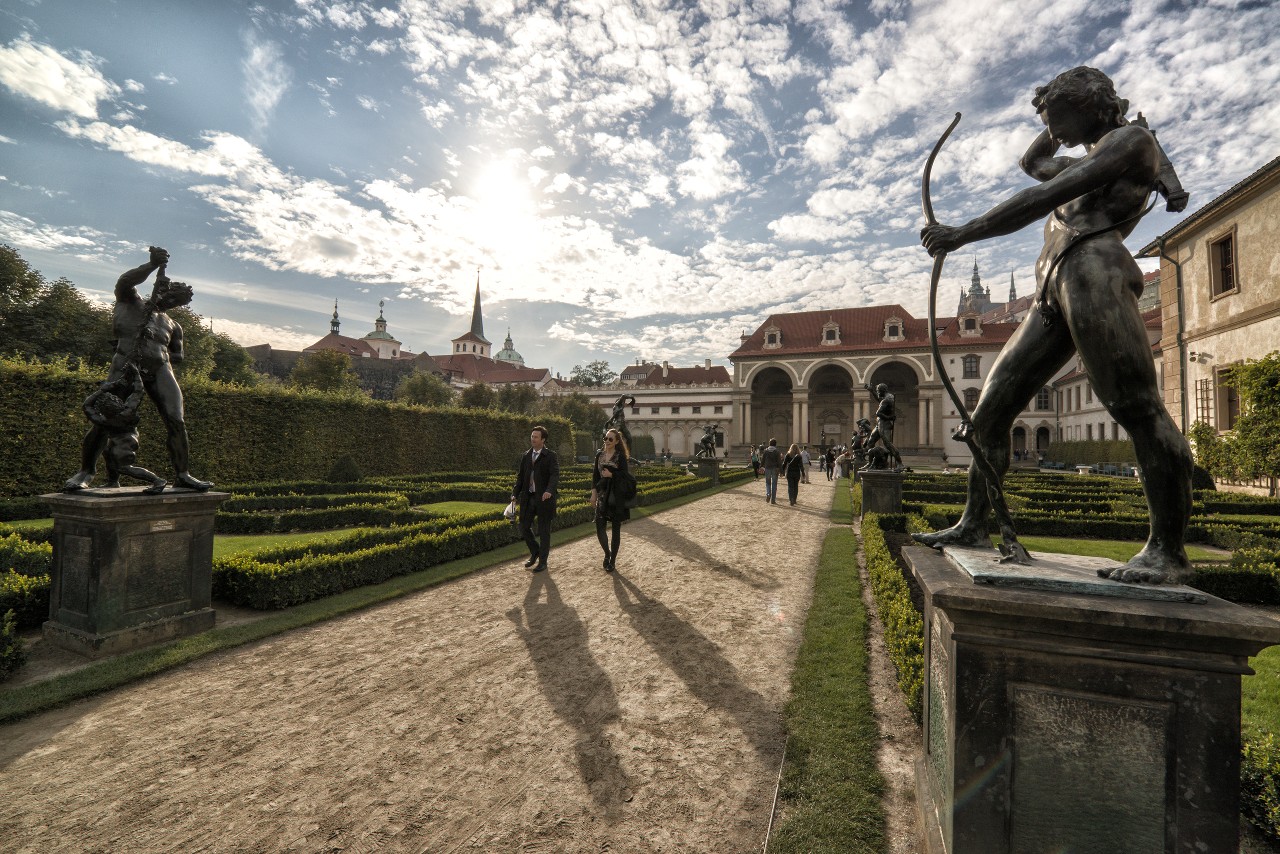 It is dominated by one of the largest equestrian statue in the world. The memorial behind the statue serves as a military museum, and the area around it is filled with people enjoying the beautiful sunsets during warm summer evenings. From the hotel in Žižkov, it is just a stone’s throw to Vítkov.

Take the cable car up Petřín Hill and climb the “Eiffel Tower” of Prague (beware, it is windy there), or take a walk through the mirror maze. From Petřín, it is a nice walk to Prague Castle, Lesser Town, or Strahov Monastery with its brewery and restaurant.

This beautiful park is a popular relaxation spot for the locals with amazing views of Prague Castle.
It separates the Vinohrady and Žižkov areas. Take a picnic blanket with you!

Stromovka
Stromovka is the largest park in Prague and covers the area of 95 hectares. Its former name, Královská obora (Royal Game Preserve) reminds us that it lies not far from Prague Castle and runs to the Vltava River. Take a leisurely walk or ride a shared bike.

By its name, you can easily guess that the park is in the Letná district of Prague. In recent years, it has become popular among the so-called “hipsters”, which corresponds to a rich selection of modern bistros, cafes, and shops. Go to the Pendulum (Kyvadlo) and enjoy the view of the whole city by the so-called “Stalin.”

If you are looking for a peaceful oasis in the middle of Lesser Town (Malá Strana), you will find it here. Baroque-style gardens invoke the atmosphere of Versailles. You can meet peacocks passing here freely, and see a unique artificial “dripping wall” at the back of the garden. 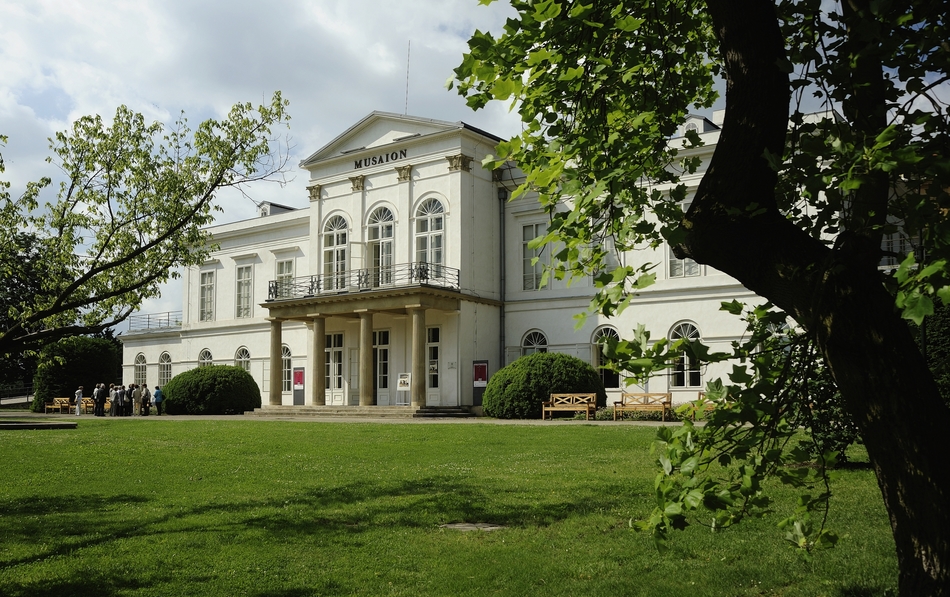 When Sophie Desires a Little Bit of culture

Before 1848, it was not Czech, but German. However, the Czechs wanted to have a theatre that performed in their mother tongue, so they organized a collection called “The Nation to Itself,” and built this beautiful theatre with a gold ornament on the roof. It is located at the end of Národní třída on the banks of the Vltava River. Try the Magician’s Lantern (Laterna magika) on the New Stage (Nová scéna)! This is a performance without words that uses only art – our common language.

National Gallery (Národní galerie)
The gallery includes several buildings and numerous types of exhibitions. In Old Town Square (Staroměstské náměstí), you can visit Kinský Palace (Palác Kinských) where you will find art styles such as Impressionism. The nearby Convent of Saint Agnes (Klášter sv. Anežky) is a place for medieval art and is also itself a captivating ancient and well-preserved space.

Visit the theatre presenting the plays of an imaginary Czech genius and experience the typical Czech humour. Only a few minutes from the Žižkov hotel!

It is the predominant feature of Wenceslas Square which is, among other things, a frequent filming location for Hollywood filmmakers. Its interior appears in “James Bond Casino Royale” and the film about Edith Piaf, “La Vie en rose.” Buy a 5-day ticket – it is valid to the following eight other museums:

Municipal House (Obecní dům) and Mucha Museum (Muchovo muzeum)
An Art Nouveau building in Republic Square (Náměstí Republiky) where you can find exhibitions, a concert hall, restaurants, a café, and stylish shops. And if you are a fan of Art Nouveau, then do not miss out on the Mucha Museum (Muchovo muzeum) showcasing the art of a painter Alfons Mucha whose style is unmistakable.

If you are interested in the fate of arguably the most famous Prague writer Franz Kafka, then visit this museum which is located in the building of the former Hergert brick factory on the banks of the Vltava River. Do not miss out on a rotating mirror statue in the form of Kafka’s head by the controversial artist David Černý. 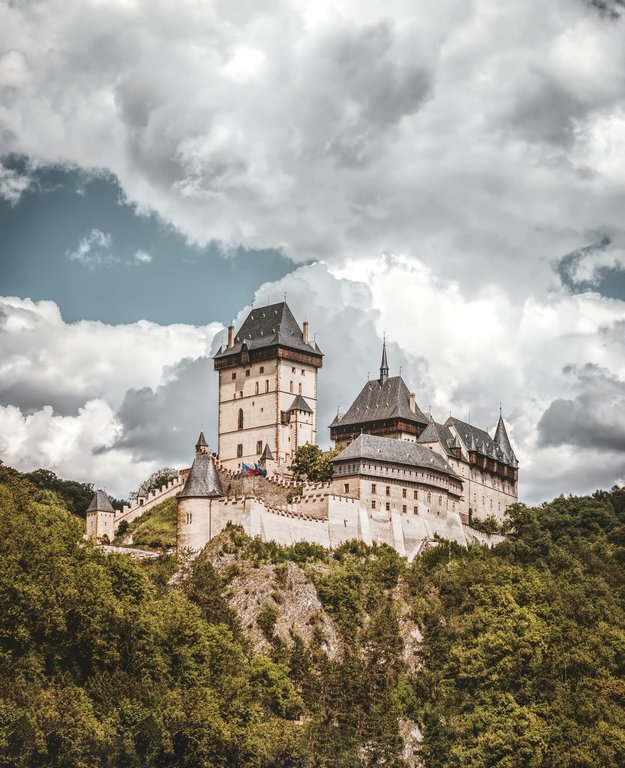 Explore the Rest of the Country

Do not hesitate to ask us for further recommendations. Whether you want to explore more historical sites or would like to stretch your legs in the countryside– we will find the excursion just right for you! Here is just a little taste of it all…

Built by the Roman Emperor Charles IV, this fabulous castle is only a 40-minute train ride from Prague Central Station. In the Czech Republic, there is a popular musical “A Night at Karlštejn” (Noc na Karlštejně), which tells the legendary story of when the castle was accessible only to men!

This medieval town is situated an hour from Prague. Silver was mined there. It is famous for the ossuary with human bones, but perhaps more notable is the impressive Gothic Cathedral of St. Barbara (Katedrála sv. Barbory), listed by UNESCO.

Just an hour and a half from Prague, you can discover the largest sandstone bridge in Europe – the Pravčická brána! There are breathtaking rock formations, as well as gorges in which you can ride a boat. You will also find many local producers of traditional crafts here. All of this awaits you near the German border.

And of course… Olomouc, an old and beautiful UNESCO city in the heart of Moravia in which Sophie opened a lovely historic hotel!